Posted at 14:20h in Surf by RHSonline

Post by not so local legend, but maybe local soon @dustbowlmckenzie

“Tassie sucks, it is really cold and the people are inbred sons of convicts. You really wouldn’t like it down there, walking around in circles, dodging road kill and angry devils..”

As far as stereotypes go, this is about as wrong as every other QLD misconception. I have always had an intense interest in Tasmania, cold oceans filled with life, native forests mostly untouched and deliciously sweet, fresh air. With the freedom of Christmas holidays, there was no better time to make it happen.

The program for this trip was as followed; get back from the dustbowl after a hectic school term, visit all relevant parties, jump in Ryan’s Delica and drive to Melbourne as quickly as possible to make our booking on the Spirit of Tasmania. All in about four days.

After this impossibly busy 86 hours, surf reports and Spencer’s Commandments would dictate our movements:

Boy-oh-boy did it pay off; the first two weeks were an absolute blur. Friendly beaches (East Coast), Bruny Island, semi-secret West Coast point breaks and back to Bruny. We had looped the Island and both agreed that this was the best surf trip we had ever been on. All dreams come to an end and family responsibilities dictated that we go home for Christmas.

The Delica stayed in Hobart, just in case. 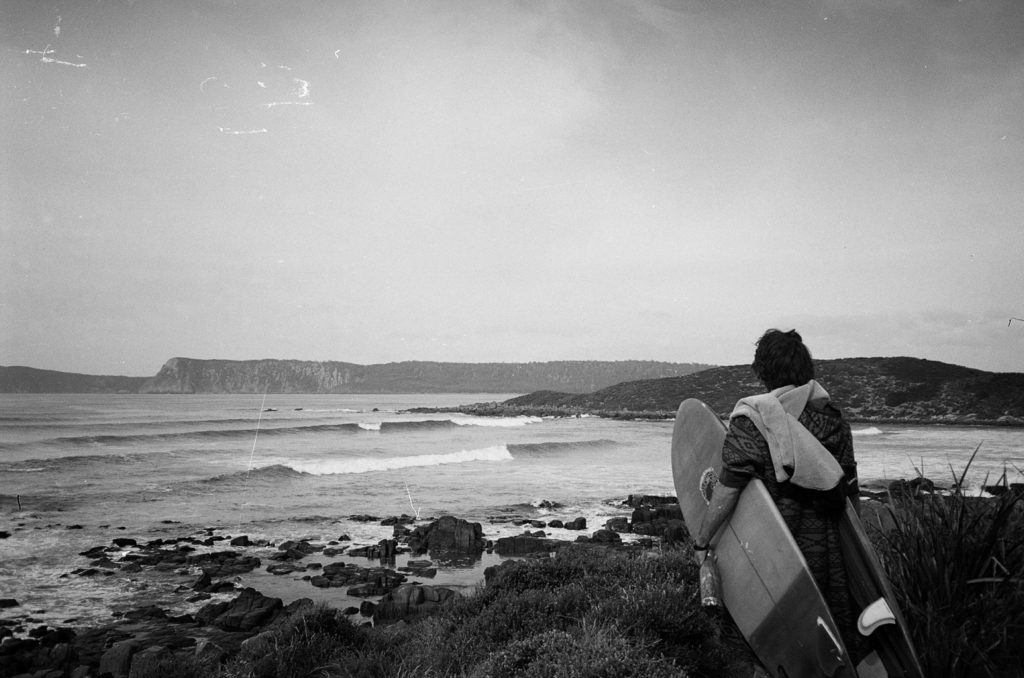 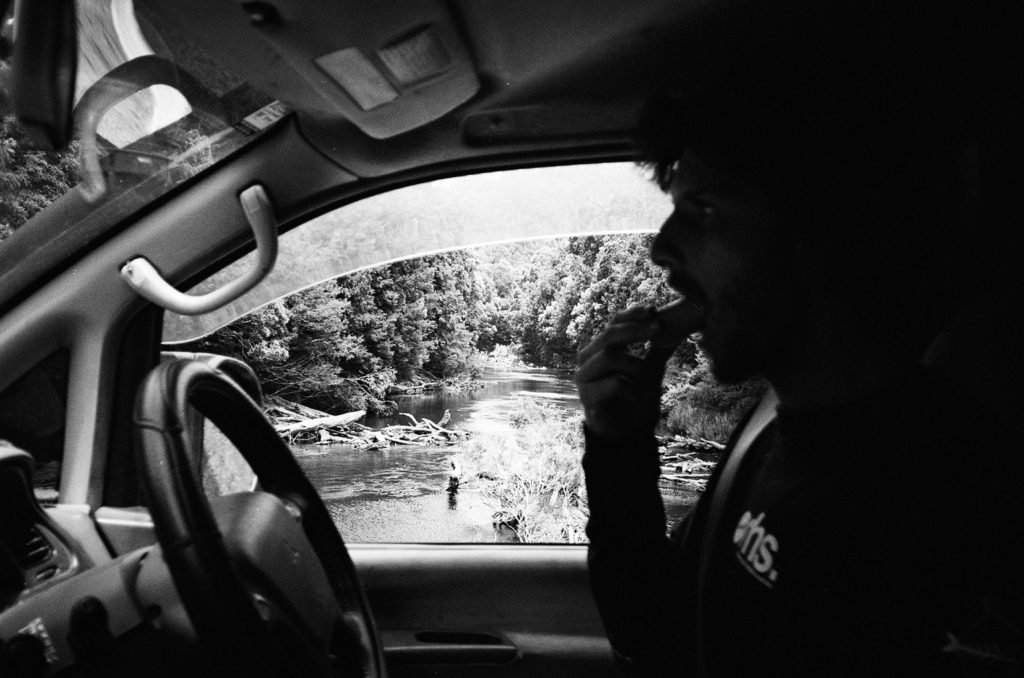 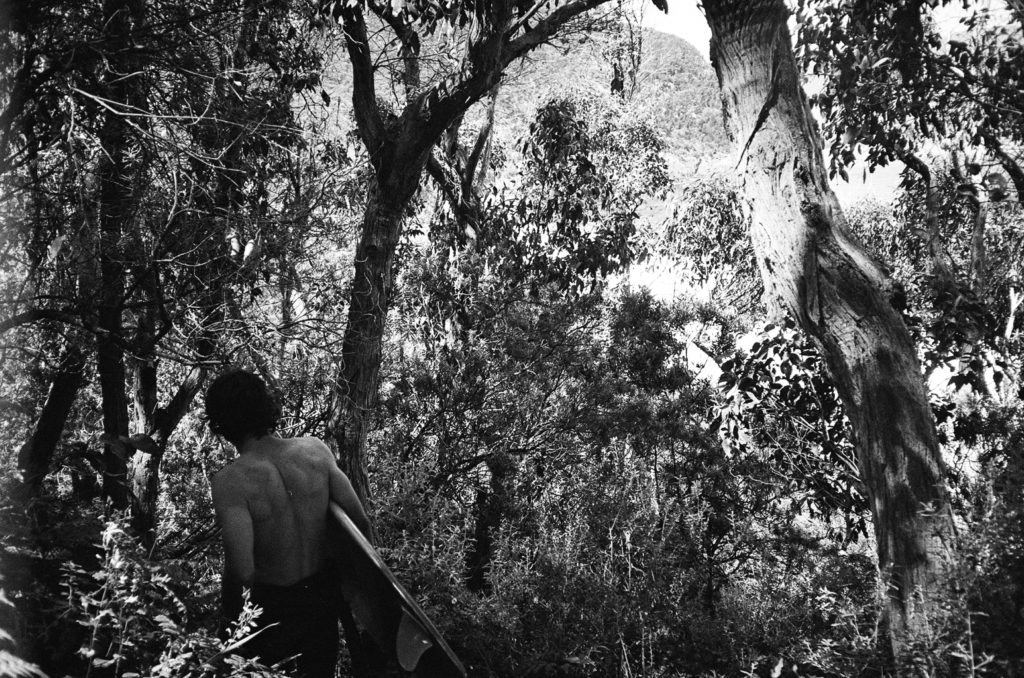 Fast-forward 6 days of sweat and reflection and I jumped a last minute flight back to Van Diemen’s land. I had time to consider the aforementioned stereotypes. Google will tell us a stereotype is a widely held but fixed and oversimplified image of a particular type of person. Usually it stems from having little or no actual experience in the matter. In this case the old two-headed tale couldn’t have been taller. During all of my travels at home and abroad I have never met more hospitable, friendly and throthy inhabitants. We were bombarded with acts of kindness, hints about hidden waves and beds to lay our heads. One situation in particular left Ryan and I buzzing with gratitude. 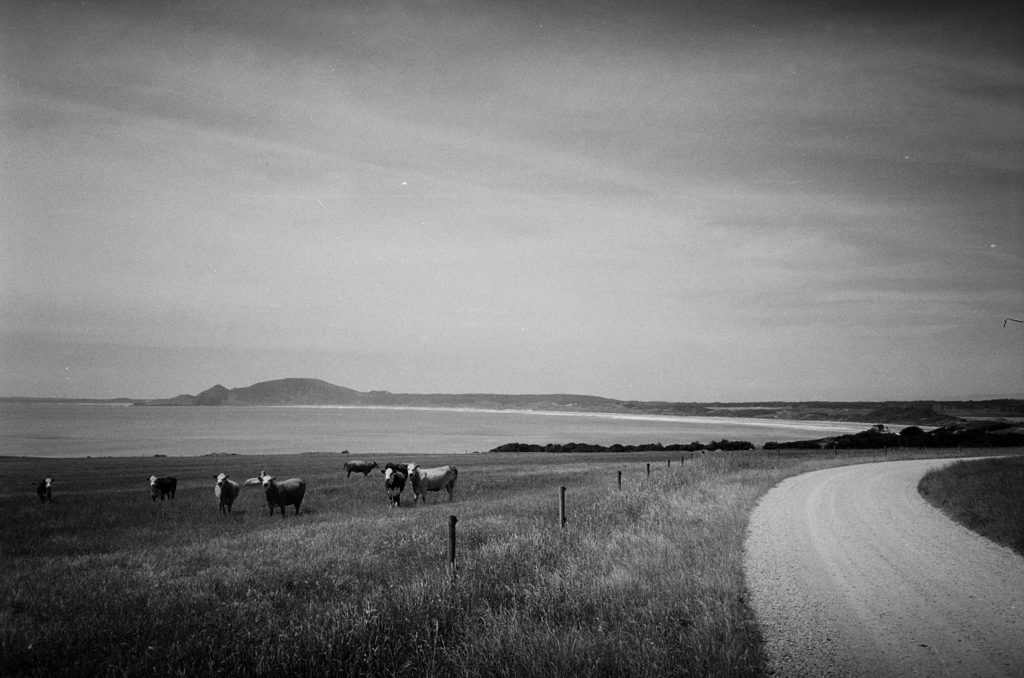 We noticed favourable winds for the west coast a rare enough opportunity; leaving Hobart at 4am we drove the 5 hours to Marrawah. A tiny farming community way out on the edge of the world. Ryan had done the usual surf movie research; cross-referenced notable features with Google earth and we knew we were looking for a cobble stone point break with lots of potential. Long story short, the place was pumping, the boys were fizzing. Naturally the next stop was the Marrawah pub, which was surprisingly busy, a band made up of the local farmers and fishermen were playing. After a short conversation with the drummer he offered us his bush shack, conveniently located directly behind the wave we were just surfing. No worries. We ended up staying for four days; Phil took me diving for Abalone and told us stories of surfing and fishing the west coast since the 60’s, a true frontiersman. Audrey mothered us with meals and health advice. They didn’t expect or accept a cent of payment and seemed more than happy about the banana pancakes and various jobs we did to pay our way. Using this paradise as a base we surfed perfect, mostly empty waves and enjoyed the simplicity of off-grid living. Adding our names to their long guest list of visitors to the camp was an eye-opener. 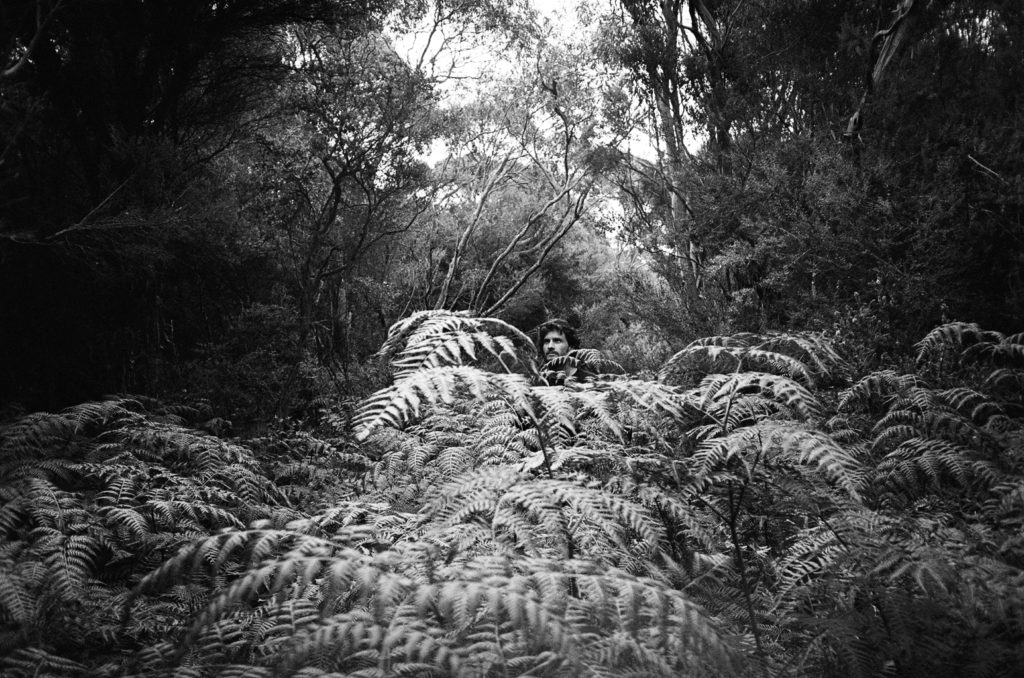 This short experience has altered the future I want to build for myself; Phil and Audrey are the perfect examples of the act local- think global movement. They own hundreds of acres of beautiful untouched Tasmanian bushland in a remote area, they fish and garden, draw power from the sun and water from the sky, they don’t have much reliance on the outside world. Yet over the years they have opened their home to hundreds of travellers, families, surfers and people who need an escape from the stresses of the modern. They have created a social destination in what appears to be the most unsocial location. It is damn inspiring. But, it also isn’t that uncommon in Tasmania. Here I go with a theory- South East QLD is densely populated, land is expensive, waves are a finite resource, food is brought and phone reception is everywhere. People become a risk. If you want land, you need to have your $500,000 loan pre-approved to beat the investors. You could cook a stranger a meal but that organic broccoli is darn expensive. Is it worth mentioning waves? City beaches are a pain, and of course, constant reception means you never have to branch away from your friends, experience the discomfort of silence or god forbid talk to a stranger. In places blessed with remoteness, land is attainable, a small garden can produce more food than is needed and people are a gift. Socialness isn’t taken for granted; you are literally looking for people to share in the experience. What I am trying to say isn’t a new idea, not remotely original but it is worth repeating, if we have everything available we often take it for granted. If things are less obviously attainable, we can appreciate them, with simplicity and gratitude. It would be nice for all of us to appreciate people more; maybe we need to get away from them a little more often, so we appreciate their worth. 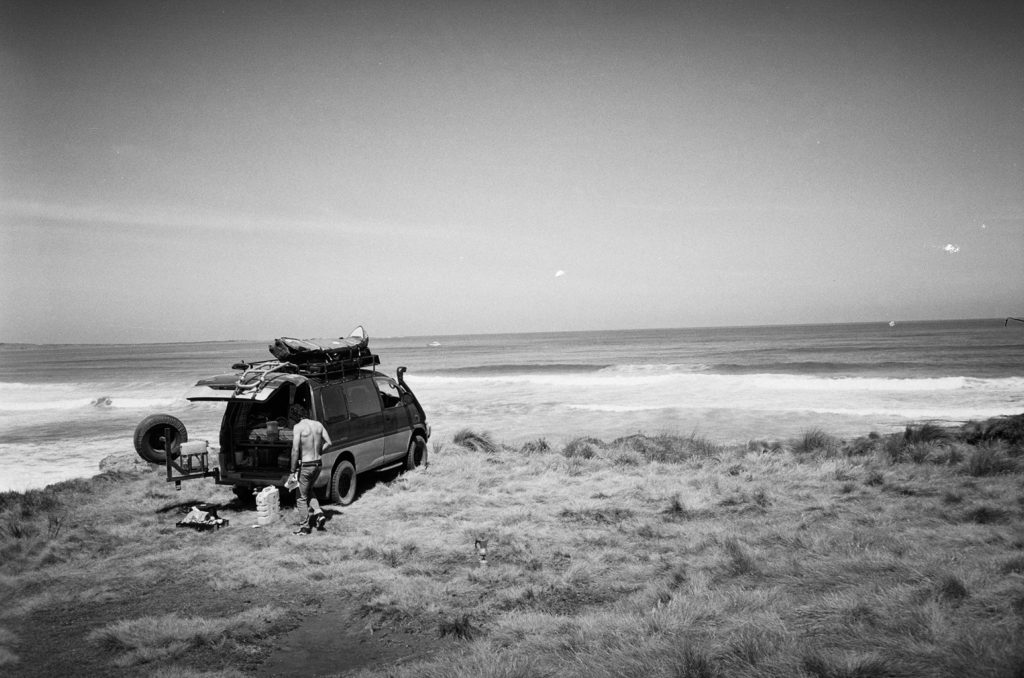 Many of us travel to learn, and a few weeks in Tasmania have taught me a lot.