Posted at 11:49h in Surf by RHSonline

Ive been wanting to get down to South East Cape for a while now, so conveniently the day i got back from two weeks in the sunshine coast, my mates asked me if i was keen to go the following day. The weather was looking a little suss.. Chance of rain and potential for bad winds early, i was skeptical.. Its a bit of a mission to get down there (2 hour drive and 2 hour walk with all your camping gear) But after just spending 2 weeks in the sunshine coast, where there’s more surfers then there are waves.. there’s nothing more i wanted to do than pack my bags and enjoy our beautiful state and its empty beaches.

We arrived at cockle creek around 4pm and after a quick swim in the crystal clear water we started the hike in. 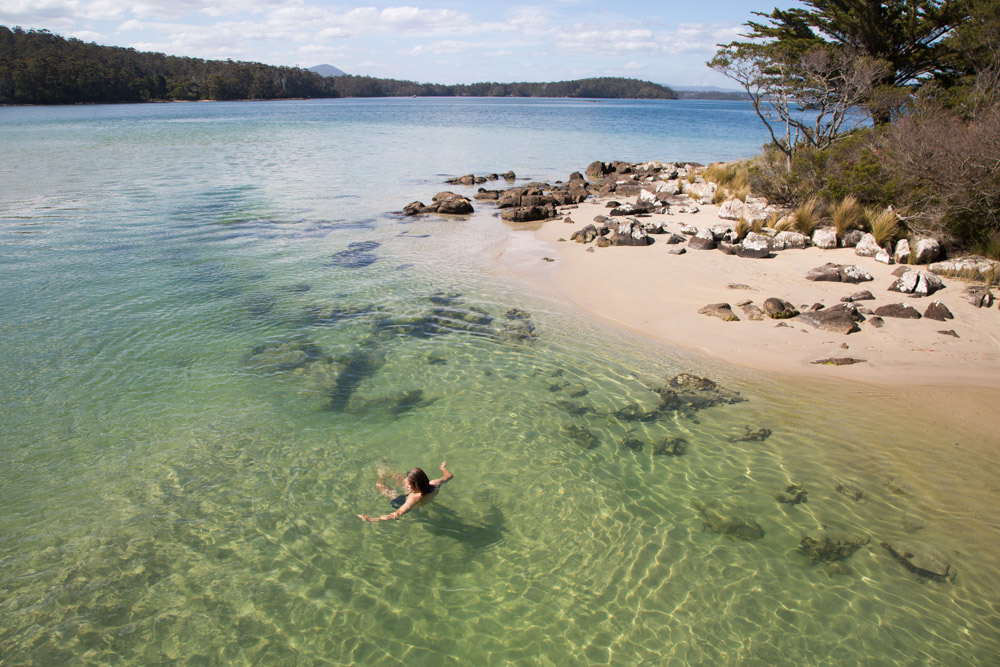 The walk seemed to go fairly fast, we swapped stories, listened to music through max’s trusty portable speaker and enjoyed the scenery as we shared our previous experiences down there in anticipation for what was to come. 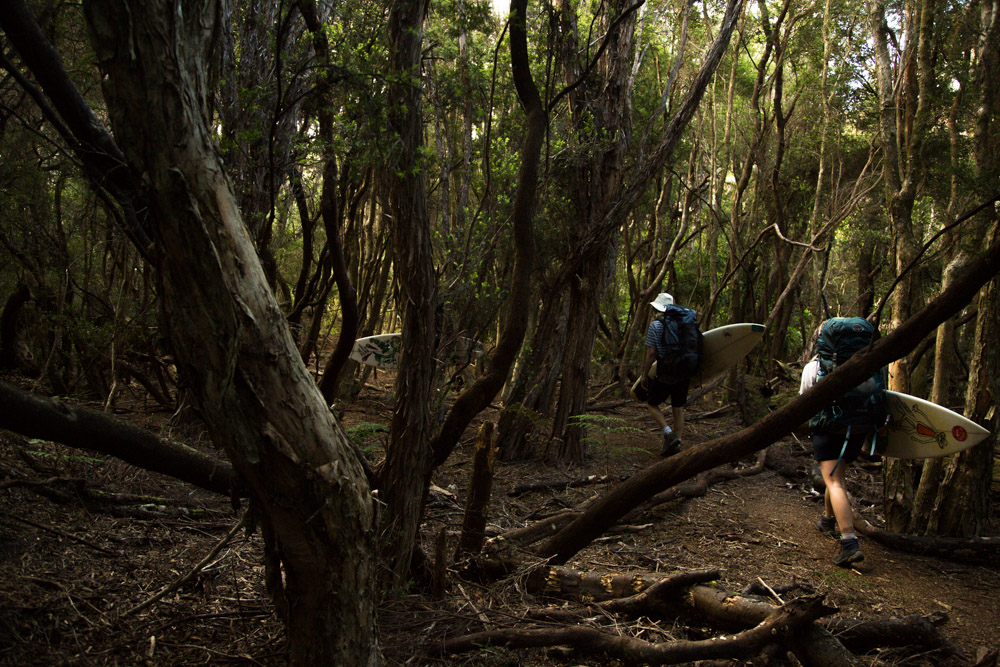 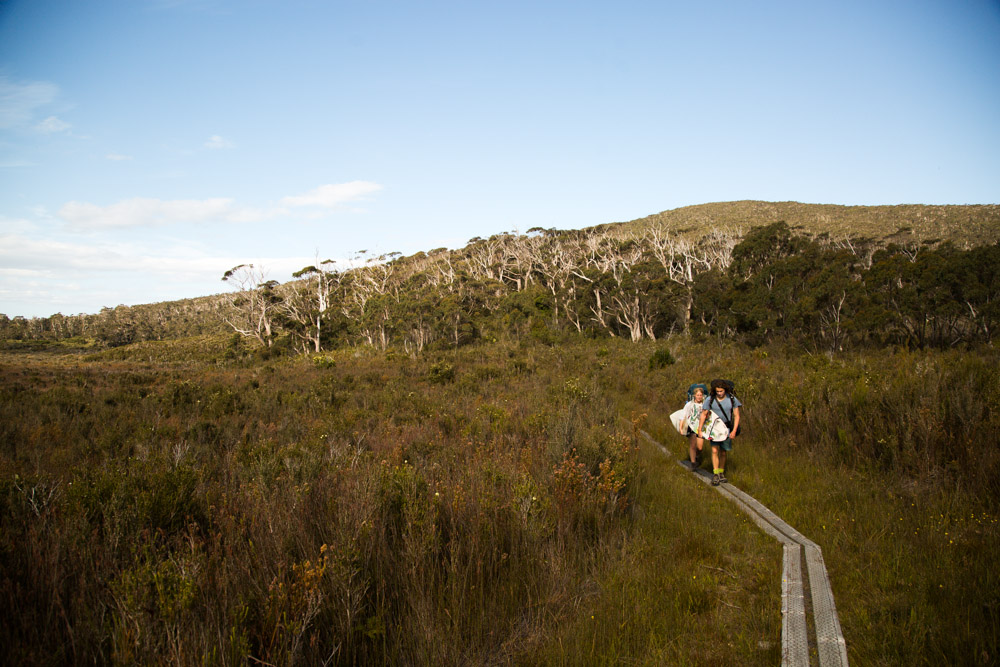 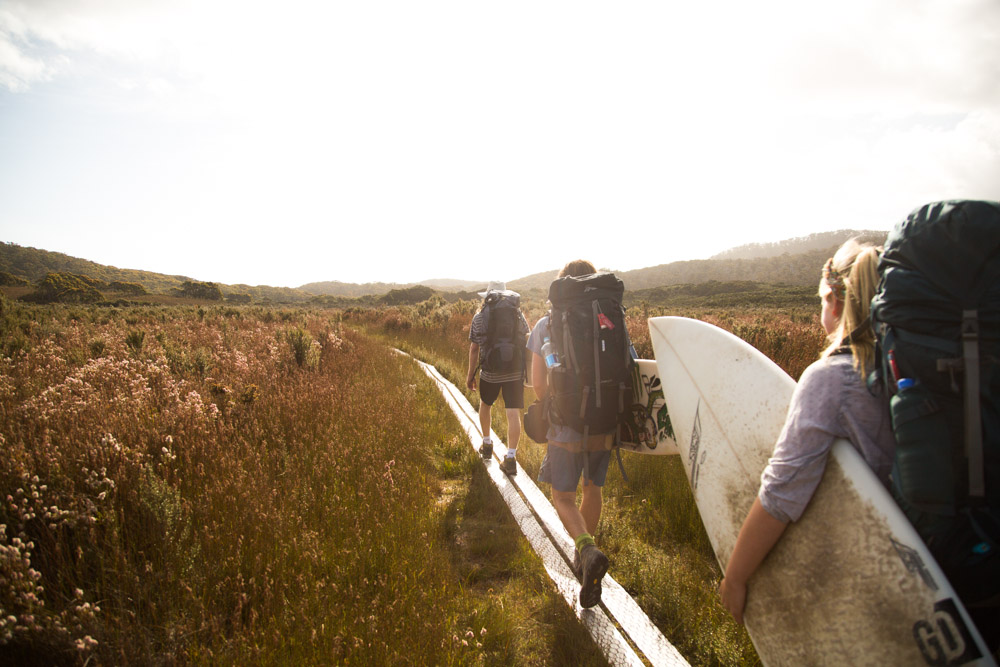 We were walking in that afternoon in hope to camp the night and then be there for first light when the wind/swell looked the best so we weren’t actually expecting to get waves that evening, but upon arrival we were pleasantly surprised! Quickly making our way to the far end of the beach and setting up camp, before everyone was suiting up and amped to get out there. 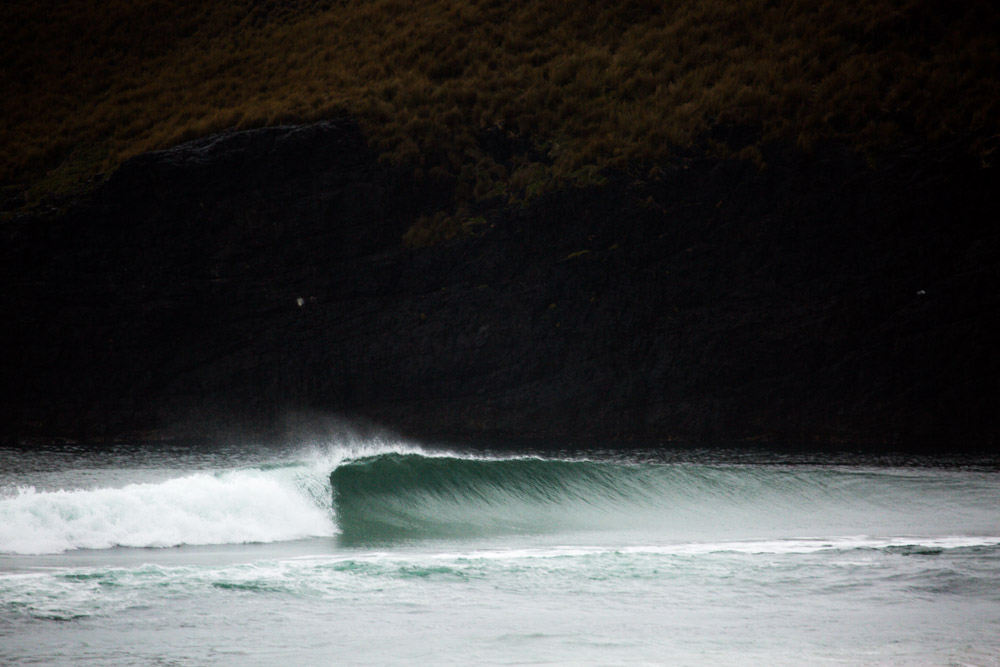 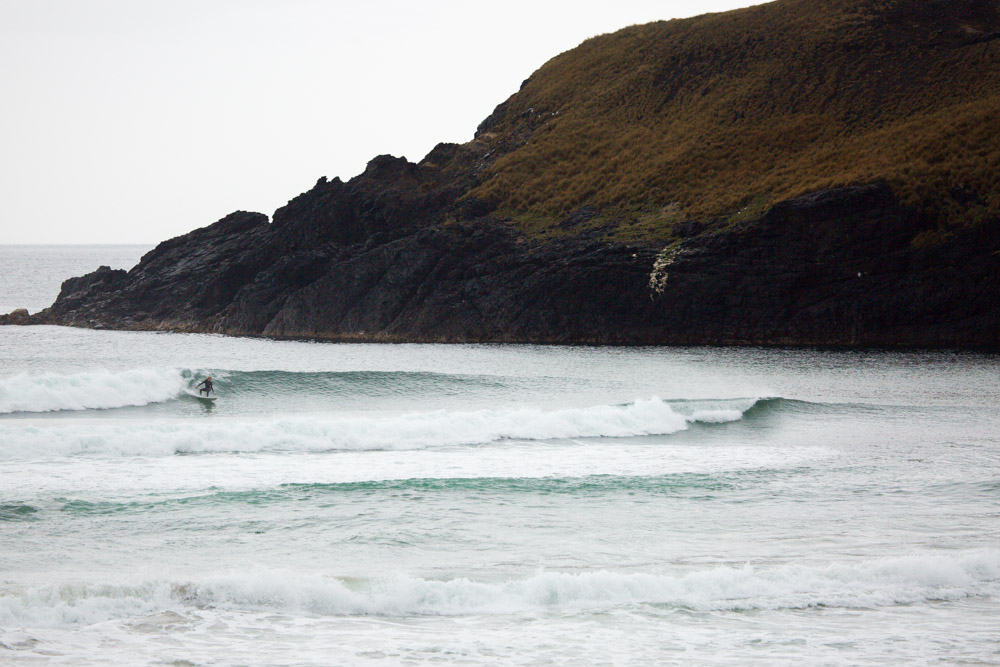 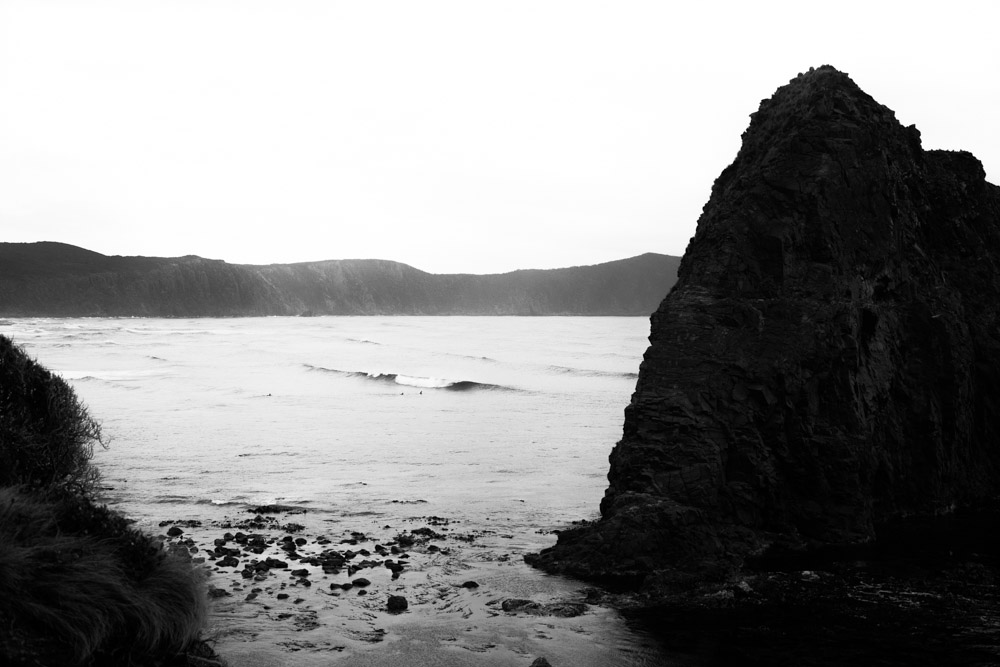 Long wally left handers peeling into Lions rock, a goofy footers heaven! We surfed until dark before retiring to the beach were I had started to light a little camp fire to cook our dinner on. With forecasts of rain we were pleasantly surprised to be able to spend a couple of hours laying around the fire, star gazing and chatting about nothing in particular. In usual camping routine we simultaneously called it a night and got into our tents. 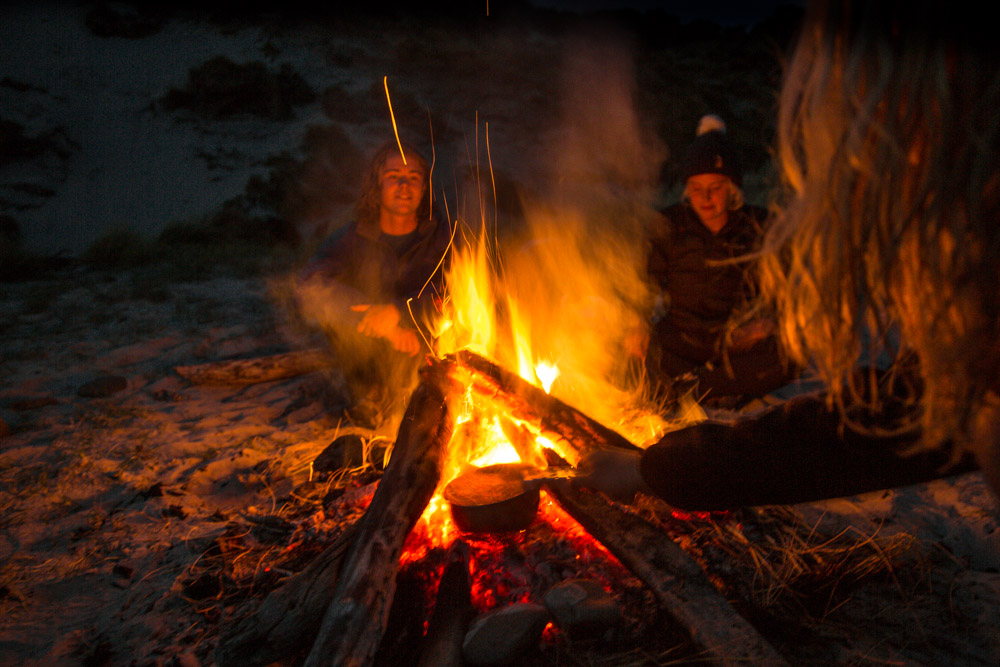 The next morning we woke to fairly similar conditions to the power session the night before.. only a little smaller and a little glassier, there were also a few right handers coming through! We could see some pretty heavy rain clouds coming in so opted to try and surf sooner rather than later so we wouldn’t get caught in the rain packing our gear up later on. The rain came, but wasn’t too bad, kind of refreshing if anything and it soon subsided as we made our way back to the car later in the day. Stoked with our successful strike mission we had another dip in the creek before jumping in the car and heading home. 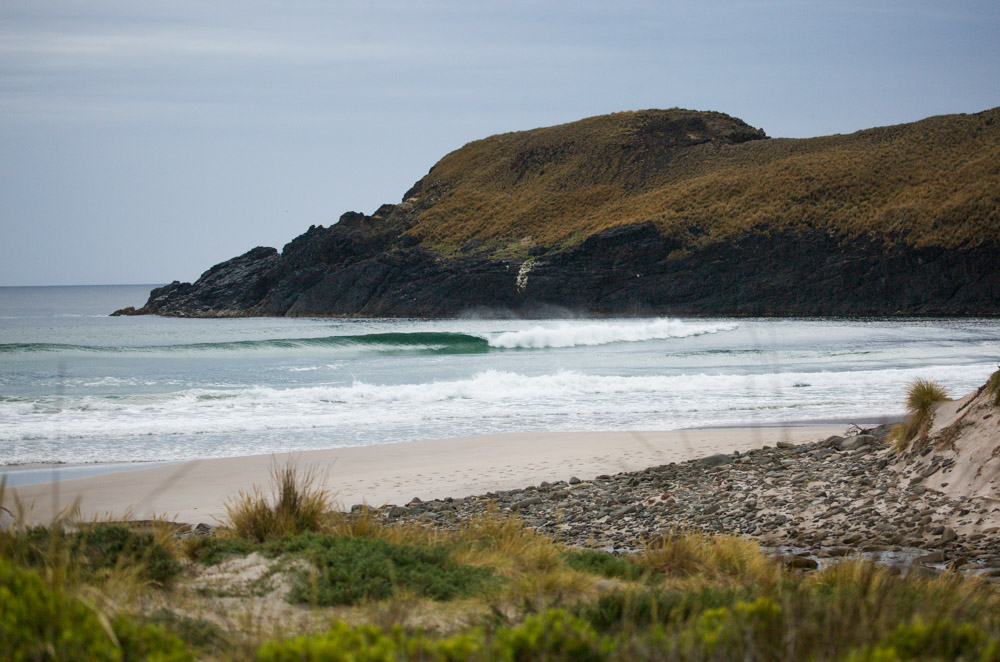