Behind The Scenes with Christoph and Simon - Red Herring Surf
700
post-template-default,single,single-post,postid-700,single-format-standard,woocommerce-no-js,ajax_fade,page_not_loaded,,qode_grid_1300,transparent_content,columns-4,qode-theme-ver-12.1.1,qode-theme-bridge,wpb-js-composer js-comp-ver-5.0.1,vc_responsive

17 Oct Behind The Scenes with Christoph and Simon

Posted at 11:40h in Skate, Team by RHSonline 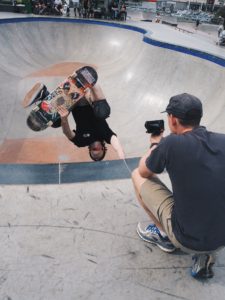 Behind the scenes filming with Simon and Christoph for some upcoming clips!

Tell me about how you got into filming? I started playing with video cameras when I was in high school.  I didn’t have my own but the school librarian trusted me with the schools video camera and I would take it out on the weekends to film my friends surfing and skating.  It was an old High8 camera and I used to make edits using the pause button on the VCR. I eventually got my own second hand high8 camera and moved on from there.

What are your favourite things to film? Mostly I like filming surfing and a bit of skating as thats what first got me hooked on filming. I also like filming wildlife and landscapes.

What makes you happy? Too many things to list them all but a few are family, friends, adventures, the ocean, running, nature, auroras, yoga and whale watching. 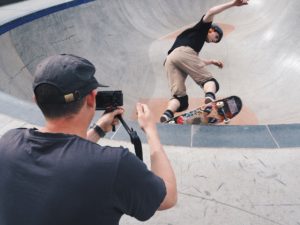 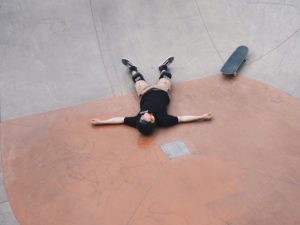 Christoph Speer (RHS team rider)
What got you into skating?
My mum bought me a skateboard for christmas when I was about 6 and I used to ride it all the time.  i think when I got my first skate magazine I was pretty much hooked though.  I just thought it was so cool that people could do airs and tricks on a skateboard!
Who and what are your inspirations?
Just people that go fast and skate hard.  I like just not taking skateboarding too seriously either.  My favourite skaters would have to be people like Peter Hewitt and Mike Frazier.  Nothing too technical, really fast and aggressive skaters that just make everything look so good.  I definitely get inspired by different things too, weird stuff to skate!
Favourite place to skate in Tas and Why?
At the moment it would have to be the Rosny Bowl (Rat Bowl).  It’s just everything I’ve wanted to skate in Tasmania for so long.  I also really like just cruising around and bombing hills around Hobart.  Strickland Avenue would have to be one of my favourites. 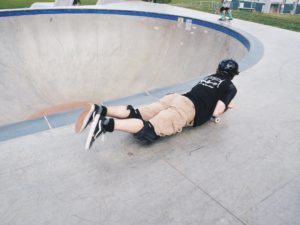 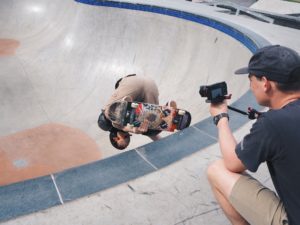 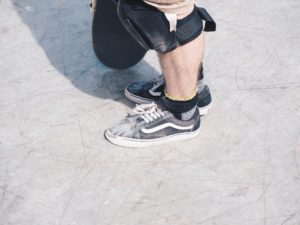